We All Fall Down is a vivid and compelling narrative of middle class friends and families, relationships and the contemporary workplace. Kate and Hugh Drysdale, like many couples, buy a house that stretches them to the limits financially. Hugh looks at the soaring property market, the fact he’s earning a good salary, and all the signs of a booming economy and believes everything will be fine. And it is, until the advertising company he works for hits a rough patch: two major pieces of business walk out of the door, and a new creative director from the UK is brought in.
Set in Sydney when world economic instability is beginning to bite, this is very much a book of our time. Peopled with unforgettable characters, it is a disturbing, but affecting portrait of family, the workplace, and the costs of playing, or not playing the game.

‘A novel that speaks to the heart of our culture, and a gripping account of one man’s fight for his soul. Both honest and compassionate, it turns an unflinching gaze on the world in which we try to find meaning, at work and in love.’ Michael McGirr
‘After taking the literary world apart with I Hate Martin Amis et al , Peter Barry turns a clinical eye on the world of advertising, and the result is dazzling.’ Peter Salmon 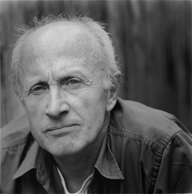 Peter Barry was born in England. He now lives and works in Melbourne, Australia and has done so for many years.

You can almost smell the fear and paranoia in this elegantly crafted depiction of modern life, love and career. Peter Barry has lived up to and exceeded the promise of his darkly comic first novel, I Hate Martin Amis et al.
Must Read. Verdict: ****

In his brilliant debut, I Hate Martin Amis et al., Peter Barry challenged the literati and questioned what makes fiction literary. In his latest novel, We All Fall Down, he takes on modern society and the family unit, constructing a powerful family drama that questions the very fabric of contemporary Australia. Hugh Drysdale and his wife, Kate, are living the Australian dream. They have bought their own beautiful home and have an adorable infant son to keep them busy. Hugh works for a successful advertising agency and Kate looks after their young son. But when one of Hugh’s colleagues and closest friends is made redundant, Hugh fears for his own job security and the cracks begin to appear in his perfect life. The Drysdales are, in fact, up to the eyeballs. They’re a typical middle-class family living week to week, trying to make mortgage and credit card payments they simply cannot afford in order to sustain a standard of living to which they believe they are entitled. This is a grim but powerful read from a major emerging voice in Australian literature.

Not since Elliot Perlman’s Three Dollars have the effects of economic rationalism been so comprehensively tracked. For a protagonist whose self-worth and identity are linked to his high-paying job. Hugh’s emotional fallout is particularly acute. His downward spiral is explored in Barry’s precise, measured prose that’s littered with evocative metaphors. (He describes a face as ‘broken up and obscure as an impressionist painting’) Anyone who has ever been beholden to a recalcitrant boss and bank manager will sympathise with this increasingly overwrought salaryman.

If it only seems like yesterday that a Peter Barry book found its way onto bookshelves, then that’s because it was just last year that his debut novel, I Hate Martin Amis Et Al, was released. Which is why it’s so surprising to see that he has already released a second book. Not only is it good, but it’s also better that his first. In many ways more assured, Barry’s latest work is set in Sydney and centres on a couple, Kate and Hugh Drysdale. They are battling the financial burden of buying their first house and attempting to stay afloat in a workforce that is becoming increasingly cutthroat and vicious. Hugh, the breadwinner, gets even more on his plate when a new creative director from the UK joins the advertising agency where he works. The newcomer adds even more uncertainty to a company that has made some of its best staff redundant.

Where I Hate Martin Amis Et Al covered a huge range of topics, We All Fall Down succeeds in its narrower focus, giving Barry the full scope to explore both his characters and the times we are living in. I can’t wait to see what he writes next.****