The Barbara Jefferis Award celebrates women in literature and is awarded biennially for “the best novel written by an Australian author that depicts
women and girls in a positive way or otherwise empowers the status of women and girls in society.”
The Award is named for highly regarded author Barbara Jefferis, a founding member and executive director of the Australian Society of Authors (ASA). The
winner of the Award will be announced on Friday 2 November 2018 at a ceremony at The Women’s College within The University of Sydney and will
receive a prize of $50,000. In addition, $5,000 will be distributed among the shortlist.
The Award received a record number of entries in 2018 and Sandra Yates AO, Peggy Frew and Dr Jeremy Fisher OAM judged a strong long list.
The ASA, which administers the Award, is pleased to announce the  shortlist:

ASA CEO, Juliet Rogers says “The ASA is so fortunate to be the Trustee of this inspiring literary award which has been made possible by the generosity of John
Hinde’s bequest (Barbara’s husband). The literary landscape is populated with many strong and eloquent women and we are delighted to celebrate the very
best of them in this year’s award.”
One of Australia’s richest literary prizes, 2018 has seen a new look for the Prize, creating high profile recognition for all those authors involved and of course,
Barbara Jefferis herself. 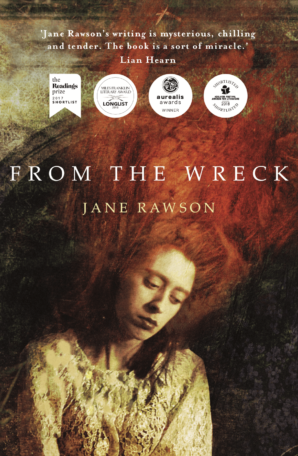