‘A tender story of naked lust and obsessive craving as intoxicating as India itself. It made me want to return there.’ Benjamin Law

‘An engrossing, often disturbing, story, grippingly told. It is both every gay man’s story and unlike any you’ve ever read.’ Robert Dessaix

The six years John Burbidge spent in India as a community development worker changed him in many ways, but one stands out from all the rest. It led him to confront a deeply personal secret – his attraction to his own sex. After taking the plunge with masseurs on a Bombay beach, he found himself on a rollercoaster ride of sexual adventuring. A complicating factor in his journey of self-discovery was the tightly knit community in which he lived and worked, with its highly regimented schedule and minimal privacy that forced him to live a double life.

Written with passion, integrity and humour, The Boatman is packed with incident, anecdote, adventure and above all, real and memorable people. Burbidge takes hold of India as few have done before, deftly interweaving the search for selfhood with an intimate exploration of Indian life and society. His story shows us how, when we dare to immerse ourselves in a culture radically different from our own, we may discover parts of ourselves we never knew existed. 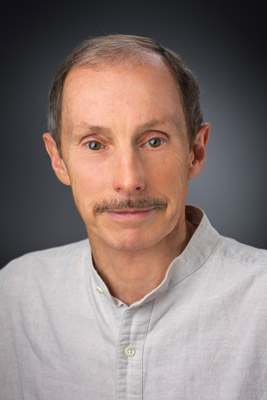 Australian-born John Burbidge has lived and worked in Belgium, Canada, India and the United States.

For many years, he was communications director for an international NGO engaged in community and organisational development, before becoming an independent writer/editor.

His articles on a variety of subjects have appeared in magazines, newspapers, periodicals and books in several countries. He has edited volumes on civil society, rural development and memoirs, and is the author of a biography of Australian writer Gerald Glaskin. He lives with his husband in Washington State.

Its moving afterword describes Burbidge’s return to India last year for the book launch and his attendance at an LGBT pride march there. Burbidge was struck by how strongly the cause of sexual rights had been embraced by other elements of Indian society who also face discrimination from their countrymen.
Crusader Hillis, Australian Book Review
https://www.australianbookreview.com.au/component/k2/153-april-2015-no-370/2478-crusader-hillis-reviews-the-boatman-by-john-burbidge

The Boatman charts his awakening: the exhilarating and risky business of negotiating gay subculture in a country where homosexuality is still illegal, along with his eventual coming out to friends and colleagues.
Fiona Capp, The Age/Sydney Morning Herald
http://www.smh.com.au/entertainment/books/pick-of-the-week-20150306-13w1f7.html#ixzz3YfYJxeG8

Unexpectedly contemporaneous, while still managing to evoke the ethos of a country in flux– the early profusion of exotica giving way to a more observed understanding of India.

Touching, honest, and brave, The Boatman draws us irresistibly into an intense new world. Vivid descriptions and a heady pace never let the reader go.

Dianne Highbridge, author of A Much Younger Man and In the Empire of Dreams

While most urban gay men in 80s India might have fantasized about going to explore their sexuality in the West, Burbidge stumbles upon the reverse journey, which he tells with great honesty. It would have been easier to write an exciting sexy book about a white man’s adventures in India. This book is far more nuanced and is all the more touching for it.

A charming account of an unspoken side of life in Mumbai in the eighties. Its strength lies in its unique perspective. Instead of coming out to his mother, Burbidge seems to come out to India.

Burbidge took shocking risks in exploring his homosexuality and found a capacity for the covert that both fascinated and appalled him. Along with his compassionate and respectful depiction of Indian street life and a hunger for discovery, this makes for a memorable read.

For a country that still criminalises homosexuality, The Boatman chronicles its cities that defy the law every night as spaces morph, people emerge and all types of liaisons are made and broken.

Those of us gay men who survived the eighties were all ‘boatmen’. Burbidge’s memoir allows us to remember and wonder.

Jeremy Fisher, author of How to Tell Your Father to Drop Dead and Music From Another Country

For Burbidge, getting away to India allowed him to face who he was. He tells his story with total honesty and educates us in the process.

John Burbidge’s writing is fluid and engaging and written with such honesty rarely seen since Holding the Man.