For the first time New and Rediscovered makes available some of Vicki Viidikas’ previously unpublished writing and drawings alongside a comprehensive selection of her previously published poetry and prose. A ravishing collection of short stories and poetry from an iconic and hugely talented writer. Includes an extract from her unpublished novel Kali and the Dung Beetle.

‘Vicki Viidikas’ work enacted what Keats called “soul-making”; allowing her lines to speak straight to the reader’s heart. Her writing contains the peril of experience and yet miraculously her vision is optimistic –sparkling with “the spirit in speech.” This fine edition from a major writer is a gift to Australian literature, a book for all the senses and seasons, its unique writing charges at the core of intimacy, offering an orphic explanation of a complex earth.’
Robert Adamson

‘Her writing is strong and honest and she needs no tricks or games.’
Anne Summers

‘But if this collection stands as testimony to her themes, it also witnesses her range – from the turbulent passionate broadsides of Four Poems on a Theme to the uproarious street-comedy of Greasy Copper and the Adventure.’ Kerry Leves 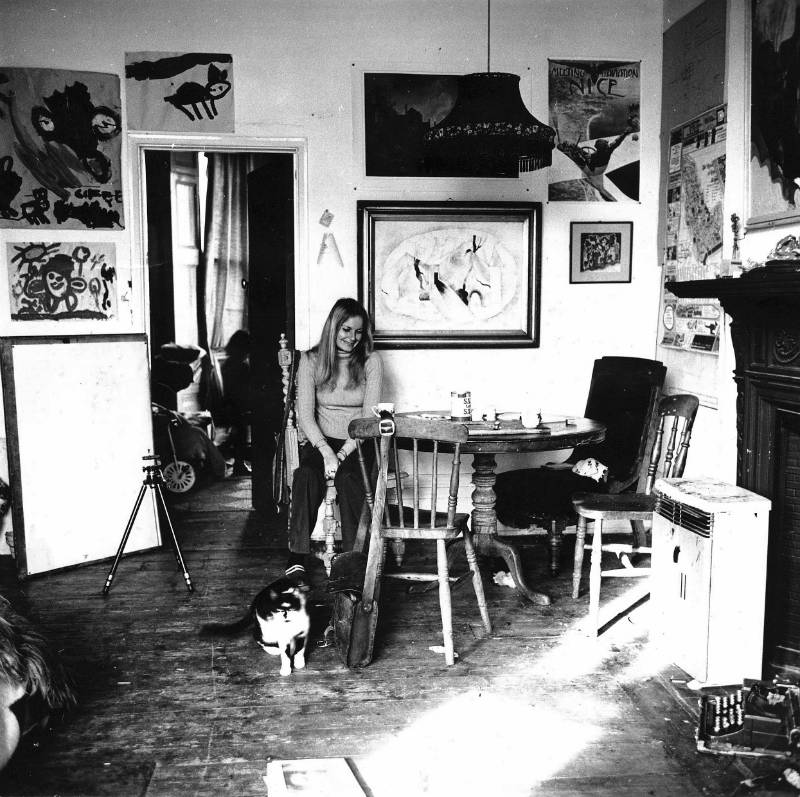 Vicki Viidikas was born to an Estonian father and an Australian mother on 25 September 1948 in Sydney, New South Wales. She was educated at various schools in Queensland and Sydney until the age of fifteen when she left school to work at a series of casual jobs, including a stint at Abbey’s bookshop in Sydney. At age sixteen she began writing, and never stopped. Writing became her passion and her life. In 1967 ‘At East Balmain’ became her first poem to be published. Four books which comprise both fiction and poetry followed: Condition Red (1973), Wrappings (1974), Knabel (1978) and India Ink (1984). All met with critical acclaim and over time Viidikas has become a much anthologised and influential writer. In 1975, Stephen Wallace directed a twenty-five minute film entitled Break Up from the short story ‘Getting it all Together’ published in Wrappings. Robyn Archer recorded Vicki’s poem ‘O Woman of the Moon’ for her 1977 album The Wild Girl in the Heart. During her writing career Vicki travelled widely and lived in India, on and off, for more than a decade. Her interest in Indian life and culture and the Hindu religion was reflected in her writings, particularly India Ink: a collection of prose poems written in India (1984). She continued to write prolifically through the eighties and nineties up until her untimely death on the 27 November 1998.

Viidikas is an Australian author of Estonian extraction who lived from 1948-1998. This volume is a chronological compilation of her poems, stories, nonfiction fragments and illustrations. Her writing is distinctively localized in its frequent references to Balmain and Darlinghurst. However, she is also preoccupied with foreign countries, particularly India, which she portrays as exotic and alluring yet intrinsically ‘other’ – a place she admires but does not belong in. Several other themes recur in her work, among them the role of the female artist, sex as a transaction rather than a form of intimacy, and drug-use. Many of her stories take place in grimy inner-city  apartments populated by aspiring writers who subsist on cigarettes, cheap wine and drugs. Viidikas is concerned with those who exist on the fringes: addicts, prostitutes, homosexuals and abusive men afraid to probe too deeply within themselves. She is profoundly non-judgemental, however, frankly exposing the foibles of her characters with wry understanding. The seediness of Viidikas’s subject matter is part of her appeal. However, in her poetry one sees a different side to her as a writer – the poems are crisp and pellucid with imagery that exposes the beauty of nature. This book is recommended for those with an interest in Australian urban literature. **** An excellent book.

Leonie Jordan, Bookseller and Publisher May 2010

Publisher and editor Barry Scott has arranged Vicki Viidikas’s work in chronological fashion so we are able to follow the trajectory of her troubled life. The poems and short stories, both published and unpublished, of this anthology reflect an omnivorous spirit who lived a peripatetic existence for many years. In The Snowman in the Dutch Masterpiece, a beautiful woman lives with a wealthy drug dealer who tells her she is mad to write because there is no bread in it. She considers the cockroaches and rejection slips, but simply cant abide the alternative life of conformity. The same character, in a variety of guises, greedy for life, for love, for words, wanders in and out of Viidikas’s work. In Greasy Copper and the Adventure,Viidikas makes a joke of her crazy, dangerous night in Bangkok looking for drugs. But you fear for her. Many poems go beyond the corporeal, the sex and the drugs, and reach out for the unreachable, but in A View of the Map we are told “there is no compass”. Viidikas is usually identified as one of the Sydney-based generation of 1968 poets. She was certainly one of our best. She died too soon, in 1998, aged 50. But perhaps that is the way it was always going to be for our very own Jack Kerouac, our sad and blighted poet.

Roberto Bolano’s The Savage Detectives has achieved cult status with its portrayal of young Latin-American writers in their pursuit of sex, drugs and literature in the 1970s. With this  selection from the work of Vicki Viidikas, the publisher of Transit Lounge, Barry Scott, has assembled the materials for a cult native to our own culture. Vicki would have been wryly amused. But with that puckered smile of satisfaction. It was worth it, after all, despite the cost. But it was at a cost, and she paid the price.

Australian poetry presses supported Vicki Viidikas, publishing four of her books in a decade. Her last title appeared in 1984. She lived a further fourteen years without a new collection and with her writing appearing only scantily in a period when women’s writing was booming. Sadly, as Viidikas’s heroin addiction increasingly formed the basis of her modus operandi, she became marginalised and publishing and performing opportunities vanished.

In 1975 she had written ‘A View of the Map’; a speculative, time-shifting prose piece. It ended – ‘My Iceland is at the centre of this map. Knowing you have visited it and gone. That I am the only permanent resident.’ In 1988 she added a new final line, ‘There is no compass.’
Melbourne publisher Barry Scott has made a respectable selection to introduce Viidikas to contemporary readers. There is though an odd inclusion of eight childish drawings that add nothing to the project (signed, copyrighted and dated by Viidikas, possibly indicating that she took them seriously). The cover portraits show Viidikas with long blonde hair parted in the middle, kohl-lined eyes, appliqued peasant blouse, a cigarette – like an icon of the 1970s.

Vicki Viidikas New and Rediscovered offers a kind of restitution. There are around twenty uncollected pieces, an extract from an unpublished manuscript, Kali and the Dung-Beetle, and a few later poems, including ‘Lust’, written only two months before her death at fifty, in 1998.