Emails From The Edge: A Journey Through Troubled Times

Emails From The Edge: A Journey Through Troubled Times

“Powerful and compelling, an extraordinarily moving account of one man’s journey through Asia, Europe and within.”
– Garry Linnell, Editor-in Chief, The Bulletin.

He’s been expelled from Syria on suspicion of terrorism, encountered ‘Osama bin Laden’ in a Tehran bazaar, been dragged from the Hungarian parliament in handcuffs and interviewed with the editor-in-chief of al-Jazeera, all during a remarkable two-year journey by wheelchair across Eurasia. Walkley Award-winning journalist Ken Haley’s travels take in 41 countries and, post-September 11, turn him into an eyewitness to the ‘war on terror’ from the other side of the frontline.

In Emails from the Edge he portrays life in the Middle East as it really is, not as the media portray it, and draws an intriguing parallel with his own life. With great humour, and not a hint of sentimentality, he lays bare his darkest times, when he plunged over the precipice into madness, and reveals the wanderlust that led him to the heart of the world’s hot spots.

Few have written so well about their own descent into insanity, a world at war and the beauty of travel. 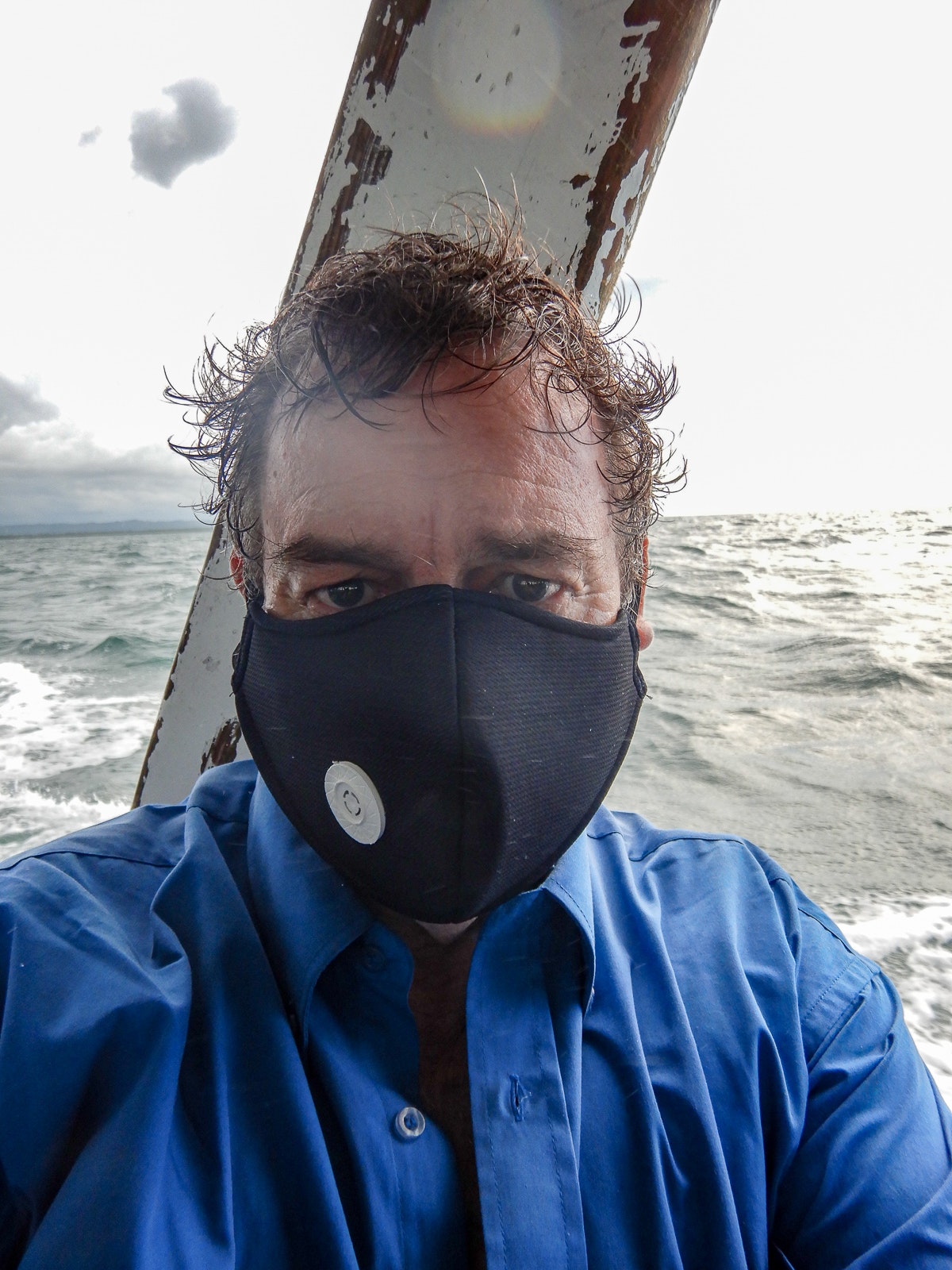 Ken Haley is one of Australia’s most widely travelled authors. To date he has visited 143 countries at length. He became a paraplegic in 1991, but as far as Ken is concerned the only difference this has made is that he now observes the world from a sitting position. A Walkley Award-winning journalist, Ken has worked on the foreign desk of The Times, Sunday Times and Observer in London, at the Gulf Daily News in Bahrain and on the South China Morning Post in Hong Kong. Ken has also worked at Melbourne’s The Age and as a newspaper sub-editor in Athens, Johannesburg and Windhoek, Namibia and as a university tutor and freelance editor. His previous books are Emails from the Edge: A Journey Through Troubled Times and Europe @ 2.4km/h. He lives in Melbourne, Australia.

So many books are described as inspirational. Emails from the Edge is of a different order of magnitude altogether. Haley’s unique personal story aside, it is also an excellent travel book.

Haley writes with engrossing insight, intellect, and wit. Few downers are this uplifting

The trick all good travel writers manage is to convince the reader that they are travelling along with them. Grumpy Paul Theroux does this superbly and Haley, needing help every step of the way and frequently frustrated, pulls it off too. He does this so well that I, as a soft traveller, breathed a sigh of relief when he leaves behind the trials (and many kindnesses) he encountered in the Middle East and makes it to Europe.

His compelling account “of rolling around the axis of evil post 9/11” is part travelogue, part social commentary and a moving personal memoir of his bravest journey back from a suicide attempt that crippled his body, but not his spirit.

The writing is edgy and oozes honesty, and Haley’s self deprecating sense of humour left me in stitches as he cavorts into dangerous ‘no go’ zones, mistakenly gets arrested as a terrorist in Syria and meets an Osama bin Laden lookalike in a Teheran bazaar. I burnt the midnight oil reading this book. What I most admired were his guts and determination to make the most of what life has to offer – and that is a true inspiration.