Darlinghurst Funeral Rites is a collection of poems and a song cycle that takes the reader on a journey through Mark Mordue’s experiences in the Sydney post-punk music scene of the 1980s. It begins with his arrival in the big city, his immersion in the culture and the spirit of the times, his deep contact with bands, art and films as a leading rock journalist of the era, the corresponding hedonism and bohemianism that characterised iconic suburbs like Newtown, Surry Hills and Darlinghurst, and the disintegration of that world as a relationship ends and drugs, disillusion and displacement overtake people’s lives. The nature of the book is effectively a Dante-esque journey through Sydney in the post-punk 1980s. As such it is both a personal and a cultural history of the times: a creative history and internalised autobiography of a now mythical era. 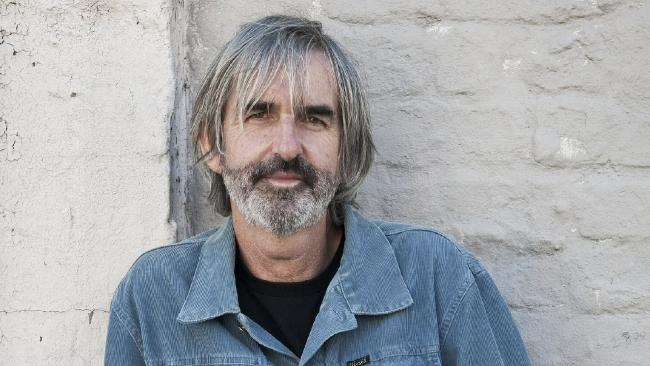 Mark Mordue was born in 1960 and raised in Newcastle, New South Wales. His teenage years were split between the coastal steel-mining town and growing up in Nhulunbuy, Arnhem Land in the Northern Territory. Mark moved to Sydney in late 1981, where he launched his career as a rock journalist, enmeshing himself in the turbulent inner city music scene of the era, experiences that form the core of Darlinghurst Funeral Rites.

He is the winner of a 1992 Human Rights Media Award and the 2010 Pascall Prize: Australian Critic of the Year. He is currently at work on a biography of Nick Cave and is the Editor of NEIGHBOURHOOD, a monthly newspaper for inner Sydney.

We have a long and troubled history of ignoring our poets in Australia. It seems to takes centuries before we feel comfortable enough to call our greatest artists masters, and many contemporary lyricists are forced to work in other disciplines to make ends meet – and the critics paying attention. Look at Luke Davies, the author of Candy and a series of excellent, underrated chapbooks; look at Dorothy Porter, still not given her dues; look, even, at Banjo Paterson, a controversial figure in his time who only reached martyrdom after his death.

It would be a crime if Mark Mordue’s new chapbook, Darlinghurst Funeral Rites was treated the same way – not only because it is one of the most moving and immediate works of the year, but because it is one of those collections that speaks directly to the moment; to the now. Its grasp on the contemporary is white knuckle, and such is the book’s warmth and immediacy that particular poems feel custom-fit for this version of Sydney – a Sydney in flux, wracked by the lockout laws and divided neatly down the middle between the haves and the have nots; the wealthy and the poor.

There are times, indeed, when Darlinghurst feels more like a painting than a literary work

It’s ironic then that much of the book is dedicated to the spectre of the past. Part memoir, part work of history, part tone poem cycle, Darlinghurst is a deliberately vague, ambiguous work – one that finds much of worth in minutiae. So don’t go into Darlinghurst expecting a Proustian, Knausgård-esque road map into nostalgia; the poems contained within are glimpses rather than topographical glares, and Mordue’s focus is on the essential, everyday moments that make up our every day lives rather than the bigger, dramatic turning points that he leaves for the writers of fiction.

There are times, indeed, when Darlinghurst feels more like a painting than a literary work – like a swirl of colours, and snatches of conversations, and loves lost, and hearts broken. And that is not even to mention Mordue’s impressive control of tone: although draped in a thin veil of melancholia and mourning – that title becomes increasingly literal as the poems proceed – there are moments of manic joy buried throughout, and great, almost startling flashes of beauty.

If Darlinghurst could be crudely summarised, it would be as such: things change. But of course, like all truly great works, the book is never that simple; it is, somehow, paradoxically, a joyful elegy; a red wine-stained love letter; and a note on both trauma, and the trembling things that overtake us when we first fall for our beloved. There are few books like it that have been published this year. Seek it out immediately.