In 1896 Louis and his father, seduced by the allure of North Africa, travel to Algeria in search of a better life. There, Louis befriends Imez, a Berber boy, and the two become firm friends. They grow and prosper, and become like brothers.

Years later, Nicolette, an Australian photojournalist, is drawn to cover the illness and eventual death of Algerian President Boumedienne. She sees it as an opportunity to follow in her grandfather’s footsteps, make her mark, and restore the bonds of the past. But the rules have changed – will the bonds that once existed be sufficient for her to survive?

That Devil’s Madness tells of the often heart-rending tensions that exist between idealism and duty, between friendship and loyalty to one’s country – of the struggle for freedom, dignity and respect. Dramatic, honest and shockingly relevant to today’s world situation, the novel is driven by finely crafted characters, exquisite prose and razor-sharp drama and mystery.

Praise for That Devil’s Madness 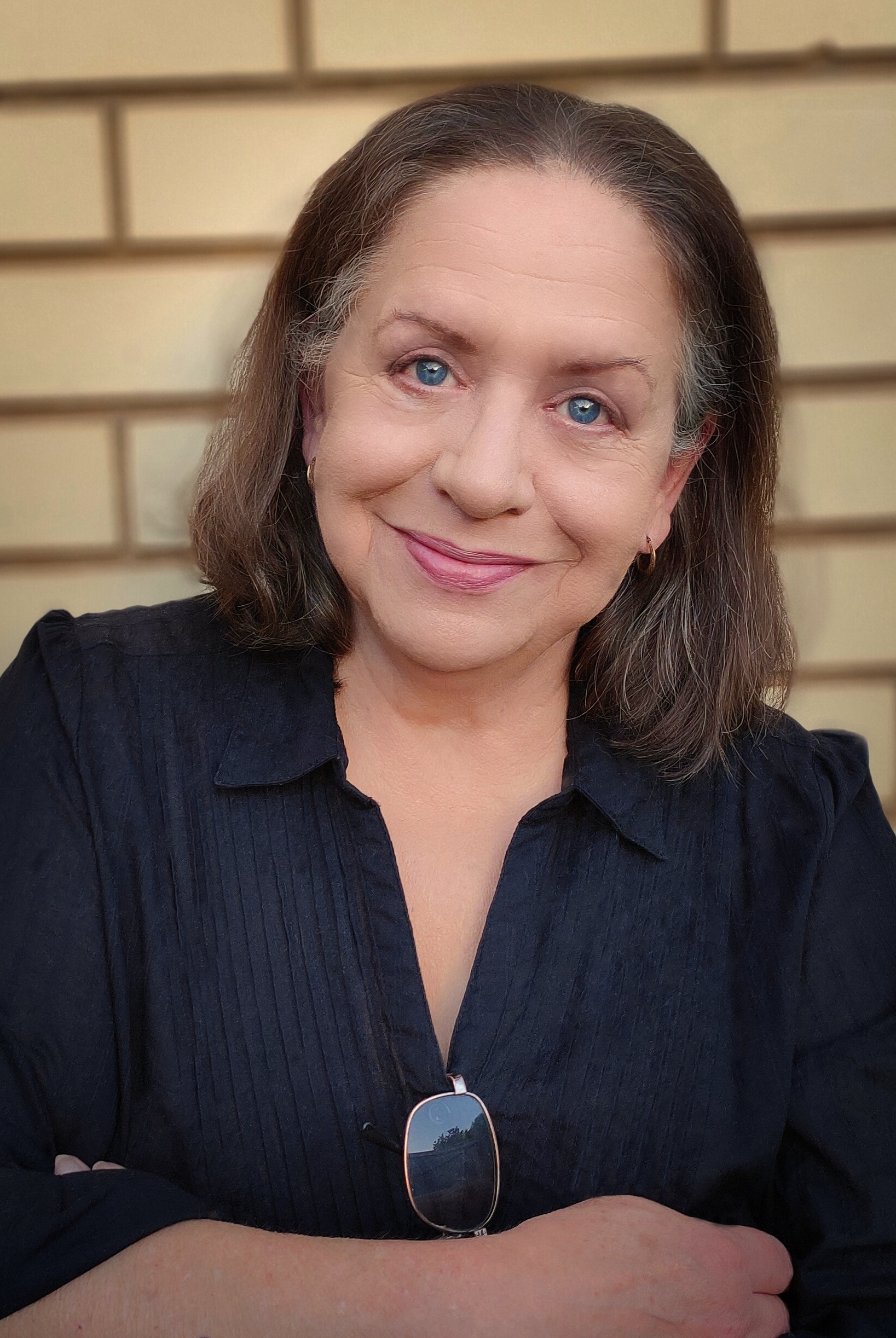 Dominique Wilson’s delicately wrought novel begins as an intergenerational family saga and ends as a geopolitical thriller in the mould of Graham Greene. Louis, a French settler in Algeria at the end of the 19th century, slowly builds a home for himself and develops a lifelong friendship with a Berber boy, Imez. Six decades later, Algeria has thrown off the colonial yoke. Louis’ granddaughter Nicolette – an Australian immersed in a new career as an international photojournalist, after tragedy destroys her young family – returns to the Algeria of her childhood. Much has changed. When the country’s popular president dies, terrorist strife erupts, with Nicolette caught in the crossfire. That Devil’s Madness is skilled and suspenseful fiction, its meticulous research worn lightly, its dual narratives handled with dexterity.

Dominique Wilson’s first novel The Yellow Papers was an outstanding read, and the same can be said of That Devil’s Madness. Her writing is finely crafted, her prose poetic and subtle, and a joy to read.

That Devil’s Madness takes readers from Australia to Algeria, following the dual and interconnected stories of Nicolette, an Australian photojournalist in the 1970s, and her predecessors, who moved to Africa’s north in search of a better life in 1896. Through Louis (and his father’s viewpoints) readers discover the challenges facing settlers to the area, not the least the clash of cultures between the tribes and settlers. Louis, following the footsteps of his father, befriends a Berber boy, and despite their differences, they become like brothers. But is there a tipping point for friendship? What happens when politics get in the way?

Nicolette de Dercou has experienced an almost overwhelming personal tragedy but when she returns to the country of her birth, Algiers, she encounters tragedies on a daily basis. She is the grand-daughter of a Frenchman who settled in Algiers in 1896 under a government-sponsored program to farm land. Algiers is a dramatic and unforgiving setting for this intriguing second novel from this Adelaide-based writer, born in Algiers to French parents. The tale is spread across a century and binds families from various religious and ethnic backgrounds.

As a photojournalist for a Melbourne newspaper, Nicolette goes to Algiers to cover the illness and death of the president. She tries to follow in her grandfather’s footsteps and rekindle childhood friendships, only to find herself caught up in a brutal civil war that tests those friendships. She falls in with experienced, if slightly shady war correspondents who look out for her, until she gets in the way. The bombings and the killings and photographs are graphically described, but in light of ISIS atrocities they are alarmingly relevant. The conclusion is not unexpected, but manages to shock. Wilson knows her setting and build characters delightfully. Verdict: memorable

Having admired the moving storyline in Dominique Wilson’s 2014 novel The Yellow Papers, I was looking forward to seeing what weighty subject matter she would tackle next. That Devil’s Madness, her venture into the tumultuous history of her birth place Algeria, surpassed my expectations.

This is a story that is both intimate and epic. It is a story about emotional scar tissue – its creation and the devastating effects it can have on generations that follow. Through the plight of individuals Wilson highlights the unfathomable harm and deprivation we humans inflict upon one another.

That Devil’s Madness is the second novel of Dominique Wilson, who wrote The Yellow Papers, a book I really liked. This book is even better, signalling to me that Dominique Wilson is an author to follow.

It’s a fascinating novel, set mostly in North African Algeria, formerly a French colony until its post-war independence.  It begins in 1896 when Marius de Dercou from Sablières in France takes up the opportunity to acquire land in the colony, taking his son Louis with him.  There, starting with almost nothing, he makes a successful new life for himself, and significantly, Louis develops a strong friendship with a local Tuareg boy called Imez.

Awareness of and respect for the dispossessed indigenous people is a strong theme in the novel.  En route to his destination Marius is given plenty of advice about how to get started by the French captain of his escort and by Bertin, the local military administrator of Aïn Azel.

More at http://anzlitlovers.com/
Wow! What a timely read.

The structure of That Devil’s Madness by Dominique Wilson is almost a double helix, seeming parallel narratives of France and Algeria from the late 19th century onwards, and Australia and Algeria in the 1960s. It follows the fates of four generations of French-Algerian-Australian immigrants and Algerian Berbers, narratives which come together in a thriller-like denouement.

The main point of view character is a novice photo-journalist, Nicolette de Dercou, who as a child immigrated to Australia from Algeria with her mother and grandfather, and who returns there to re-connect with childhood friends and cover the news of the president’s imminent death. Nicolette gets caught up in turbulent events  as Berbers fight for liberation from the oppression they have suffered since Algeria’s independence from France after World War Two, a historical struggle illuminated by the other narrative which follows Nicolette’s great-grandfather from France to Algeria and her grandfather from Algeria to Australia

The art of good historical fiction is in the adeptness of which the author sneaks in the history lesson while the reader is mesmerized by the tale. Wilson does this beautifully. The French occupation of Algeria and the subsequent struggle for independence was something I knew nothing about which is one reason I probably would not have chosen to read this book, if not for the fact that I love the author’s previous work, The Yellow Pages, and I was given this book as a gift.

That Devil’s Madness alternates between two time periods but the story is seamless. In classic Wilson style, she sprints through the early history—but for those impatient readers I say don’t despair—the book quickly latches onto the main character’s story. Nicolette’s relationships are brought to fruition and as she finds herself searching for her past the story takes a nail-biting, edge-of-your-seat, turn—until you flip the last page and think: academy-award movie script?

That Devil’s Madness is a captivating story that engaged me fully – the characters were intriguing and the story of Algeria fascinated me in a way that no history book does. It’s well written and definitely worth a read. I know literary fiction can sometimes be tainted with the ‘dull’ tag but this novel defies the stereotypes and combines skilled writing with a fast paced storyline that also reflects on history, religion, freedom and duty.

Wilson paints vibrant scenes, placing protagonists in the right place at the right time, allowing the personal witnessing of historical events. Death propels the characters to movement; by leaving the site of loss, Nicolette, Marius and Louis intend to escape the landscape of their suffering, certain of a brighter horizon.

“Was it really that easy,” Nicolette muses, “just pack up and go, and all your problems will stay behind?”

That Devil’s Madness has similar themes to 2014 historical novel The Secret Son, by Jenny Ackland, interweaving the dual histories of Australia and a Middle Eastern country. Like The Secret Son, That Devil’s Madness sweeps through the 20th century, illustrating the war that destroyed millions of lives, but also forged bonds between individuals. Perhaps this repetition of themes indicates the widespread acknowledgement of Australia’s multicultural foundation.

In That Devil’s Madness, Wilson meditates on the idea of escaping horror, and the psychic location of pain. How are we released from suffering – is it in the leaving of sites of misery, or the returning?