View cart “Sputnik’s Cousin” has been added to your cart.

James Murray recounts nine days walking in the remote and beautiful landscapes of the Northern Territory, yet his Letter from Arnhem Land is much more than a book about bushwalking. A delicate hymn to the wilderness of Northern Australia, My Life in the Sea of Cars is a heartbreaking journey of personal exploration and self discovery, and a passionate argument for a new way of living. The ways in which rampant consumerism, and an obsession with the motor car have become so entrenched in people’s lives is explored through relationships, memory, culture, identity and the meditative act of bushwalking. When Murray candidly reveals his own family secrets and likely ancestry his book takes on yet another dimension. Totally original, and heartbreakingly honest, Murray asks us the difficult, awkward questions that will not go away. Where has our culture gone so wrong?

“An original and provocative book, part stream of consciousness, part epiphany, part treatise and part heartfelt lament for a consumerist, car-addicted society which leaves such a trail of devastation in its wake. Murray’s unflinching eye takes in the fallout left by the wrecking ball of unquestioning materialism, and his observations are acute, honest and at times uncomfortably spot on. He plumbs these assumptions from the car-less, people-less tranquility of a solitary nine-day bushwalk, and we are there with him every step of the way: across remote gorges and into creeks, on escarpments and past rock drawings, listening to his impassioned arguments, ideas and insights, the recounting of old conversations and new possibilities, breakdowns and breakthroughs. It’s a rich, intriguing, candid mix – Murray is one hitchhiker I would definitely pick up.”
– Cate Kennedy, author of Dark Roots, Sing and Don’t Cry and The World Beneath . 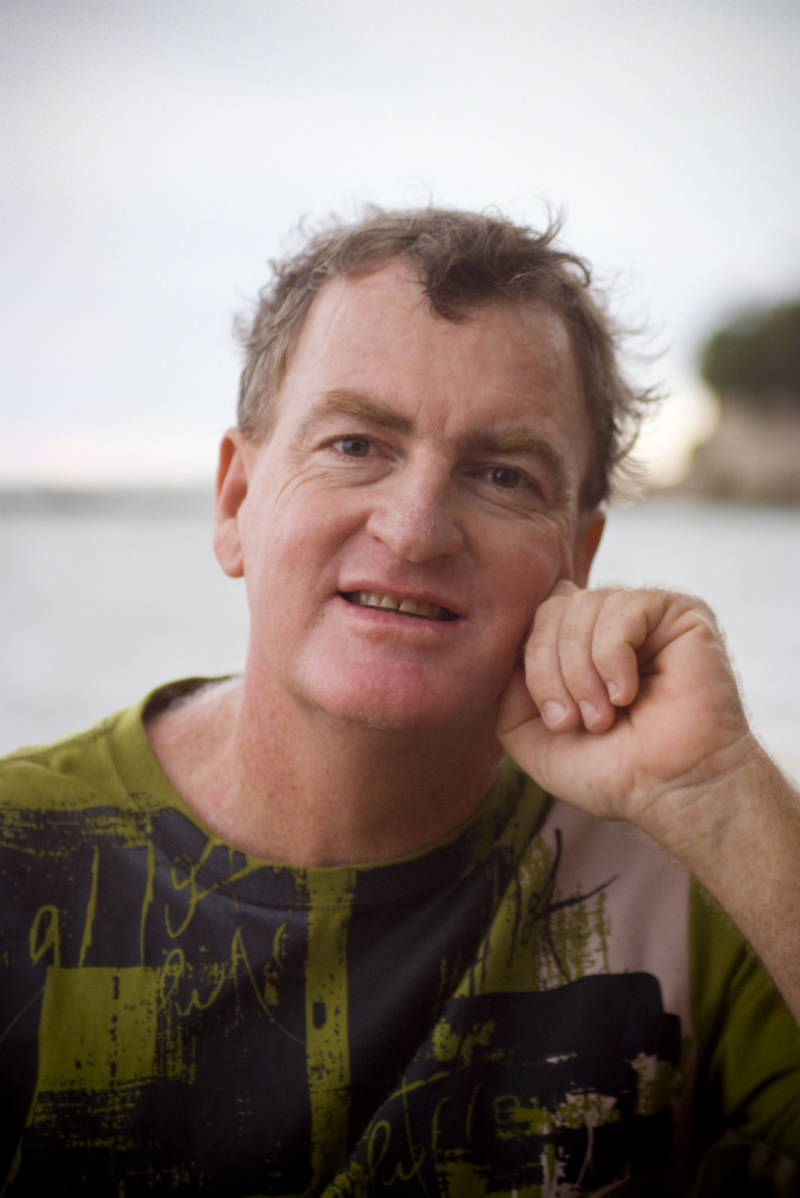 James Murray was born in Melbourne, grew up in Queensland, has travelled widely, and now lives in Darwin with his two children. He plays music, he bushwalks and, if he can find someone to give him a decent game, he enjoys chess. My Life in the Sea of Cars is his first book.

It’s a pleasure to come across a book so original, interesting and thoughtful. Murray is a bushwalker, confirmed bicycle rider and sometime hitchhiker who sees the world with eyes different from most people’s. His account of a nine-day bushwalk in Arnhem Land includes musings on the perils of being different in a culture that prizes uniformity, thoughts on cars as a symbol of a society too far removed from nature, and a born naturalist’s joy in the wild world around him. They are all woven into a fresh, confident narrative that is hard to put down. Murray belongs with the best of that small band of idiosyncratic writers who find their muses in solitude and wild. places.

My Life in the Sea of Cars is a meditation on the beauty of nature, of being at one with it, and of protecting it. James Murray is a visionary who is bound to leave an impression on readers that lasts beyond the modest 200 pages of this eloquently written book.

This incredibly honest story, set to the sounds, sights and smells of amazing Arnhem Land, is at first a simple tale of a hike in the bush, but soon reveals itself to be profound tale of passion, insight, ideas and new possibilities.

Best Books 2009 … Original , appealing narrative from a writer who finds his muse in solitude and wild places.