View cart “Tide” has been added to your cart.

‘Eugen Bacon gives us a cornucopia of dark fruitfulness. Her writing is equal parts fecund earth and fine-cut jewels; her stories juxtapose the scarred and abused with the powerfully magical, the numinous and the deceptively mundane. They travel the known world, remaking all its parts as they go, and they pull new worlds, fully formed, from Bacon’s unfettered imagination.’  MARGO LANAGAN

Danged Black Thing is an extraordinary collection of stories about love and migration, gender and class, patriarchy and womanhood, from a remarkable and original voice. Traversing the West and Africa, they celebrate the author’s own hybridity with breathtaking sensuousness and lyricism.

Simbiyu wins a scholarship to study in Australia, but cannot leave behind a world of walking barefoot, orange sun and his longing for a ‘once pillow-soft mother’. In his past, a darkness rose from the river, and something nameless and mystical continues to envelop his life. In ‘A Taste of Unguja’ sweet taarab music, full of want, seeps into a mother’s life on the streets of Melbourne as she evokes the powers of her ancestors to seek vengeance on her cursed ex. In the cyberfunk of ‘Unlimited Data’ Natukunda, a village woman, gives her all for her family in Old Kampala.  Other stories explore with power what happens when the water runs dry – and who pays, capture the devastating effects on women and children of societies in which men hold all the power, and themes of being, belonging, otherness.

Speculative, realistic and even mythological, but always imbued with truth, empathy and Blackness, Danged Black Thing is a literary knockout.

‘Eugen Bacon is an exhilarating writer. Her work is daring, fierce, visceral and sensual, fast paced and packed with action, earthed yet given to flights of fancy. It is driven by empathy for the eccentric and marginalised, a simmering anger at injustice and inequality, and a deep concern for the big questions — the scorching impact of climate change, the sharp double-edged sword of fast-changing technology, the destructive mania of dictators, and the immigrants’ deep pain at separation and ache at leaving the homeland. A true original who glories in language and gives uncompromising reign to the imagination.’

‘Brilliant, erudite, playful – Bacon’s new collection of short stories is a feast of literary delights, which takes us places around the world and into parallel realities, and into the past, present and future. Bacon is a wizard of genres, bending and blending them at her masterful will, at home in horror and tragedy just as much as in comedy. And even at the bleakest, most dystopian moments, Bacon’s pages still shimmer with the sensual beauty of her prose.’  LEE KOFMAN, award-winning author of Split and Imperfect.

‘Reading the stories in Danged Black Thing is an immersive experience. Eugen Bacon plunges the reader into worlds beguiling and unsettling, where humans are milked for their fluids, boundaries between technology and bodies are blurred, and aliens fall from the sky. To try to corral the stories into categories is a fool’s errand: they are genre fluid—provocative, mind-blowing, at times heart-breaking. Offering a heady mix of longing, loss, violence, sex and humour, the narratives unfold mostly through the eyes of black women and children. There is a sense of urgency in these voices as they struggle—and demand—to be heeded. The writing is bold, sensual, breath-takingly good. Bacon achieves the perfect tension between compelling narratives that you want to race to read, and language that demands you stop and linger. Consider this from ‘A Pod of Mermaids’: ‘Grief was all capsizing, all weighted down, right where there was a saving log.’ Bacon writes sentences you can taste, turn over in your mouth and devour, savouring the umami bite of her prose. Though reluctant to play favourites, the all-too-credible dystopia of ‘The Water Runner’ scared and moved me, while the sadness of ‘The Failing Name’, written in collaboration with Seb Doubinksy, is as palpable as the ripe mango that the narrator, Jolainne, turns into a tool of justice.’

Angela Savage – award-winning author of Mother of Pearl, Behind the Night Bazaar and The Dying Beach. 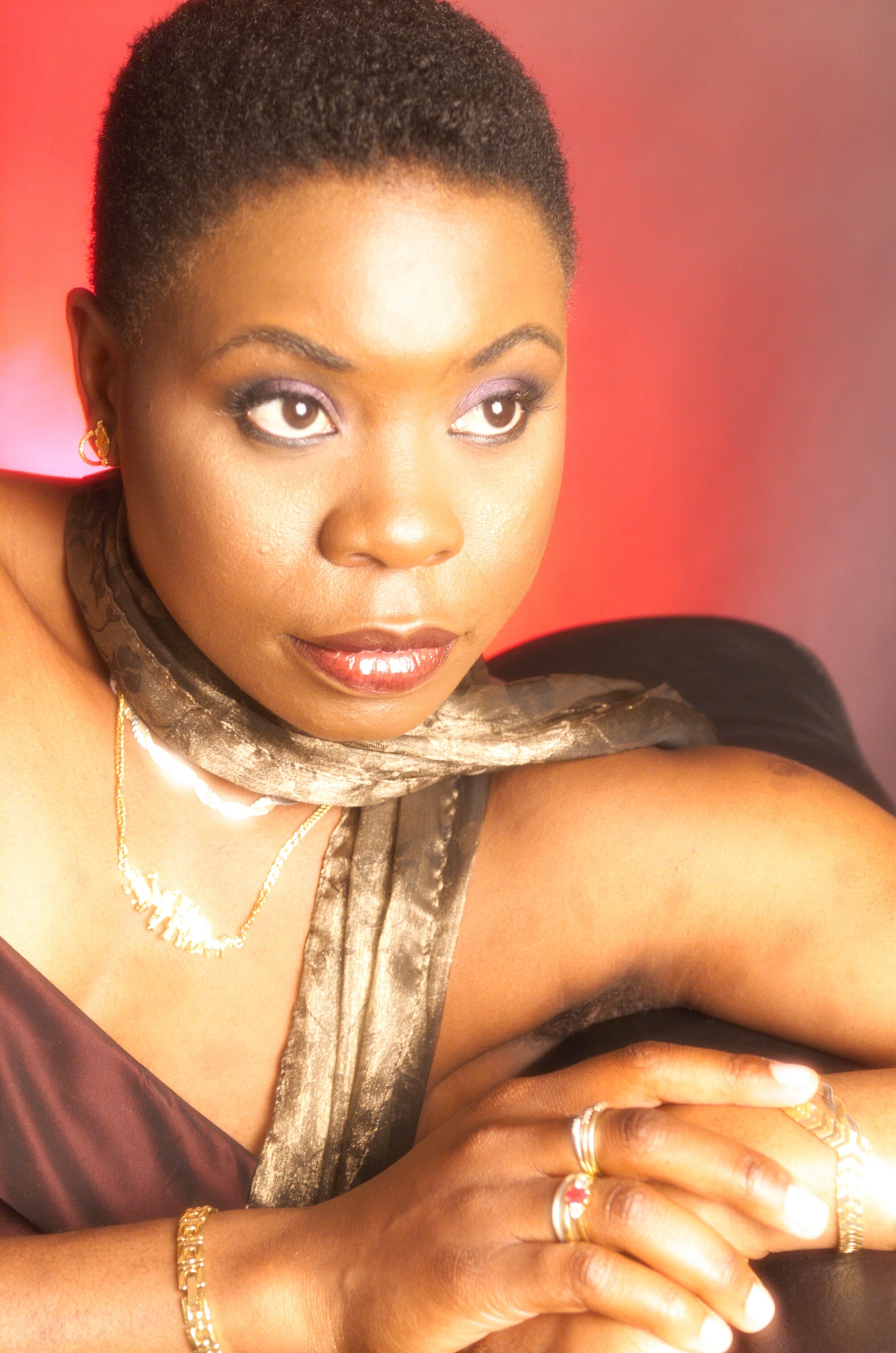 The seventeen delightfully eclectic short stories in this collection explore themes which include love, motherhood, childhood, domestic violence, loss, grief, longing, abandonment, migration, alienation, displacement, gender, class, patriarchy, abuse of power, injustice, inequality, climate change, the influence of modern technology … and more! They move between continents and different cultures and between past, present and future; some are set in immediately recognisable worlds, others in worlds which are speculatively dystopian but which are, nevertheless, disturbingly familiar. They embrace mythology and ancestral traditions, science fiction, the supernatural, horror and tragedy. Some are chilling, some disturbing, some poignant, some erotic, some sensuous, some delightfully playful and humorous, with many of the stories interweaving a number of these elements. Four were written collaboratively with other authors (one with Seb Doubinsky, one with Andrew Hook and two with E. Don Harpe) and for me, the fact that each of those stories felt entirely congruent with the others in the collection, reflected the success of those collaborations. I can only imagine the level of trust and respect which must be necessary to achieve this level of harmony but I feel in awe of the generosity of spirit it must involve.
I first became aware of Eugen Bacon’s enthralling and thought-provoking writing when I read Claiming T-Mo (her debut novel) a couple of years ago. Since that memorable story I’ve always eagerly anticipated reading anything new from her, confident that the power of her storytelling will immerse me in the vibrant, imaginative characters and worlds that, with her eloquent and passionate use of language, she is so supremely skilled at creating. This latest collection of her stories has more than fulfilled my expectations because, from first to last, I found myself totally immersed in each one, savouring how, even in the shortest, the distinctive voices and narratives combined to offer multi-layered perspectives. Such is the power of the evocative richness of her character portrayals and scene-setting that when I reached the end of each story I experienced a sense of dislocation, a momentary difficulty in emerging to the reality of the world of my sitting room!
These stories may be short but I found each one so keenly observed and vividly portrayed that I needed not only to linger with the characters, but also to allow myself time to reflect on my thoughts and feelings about the questions raised by some of the challenging themes contained in the stories. I think the extent to which I felt so completely engaged is a tribute to the combination of passion and empathetic understanding which underpins the author’s writing, whether she’s telling a tender story about love, shining a spotlight on prejudice, inequality and marginalisation, or using her stories to explore the impact of climate change or political corruption. This is a remarkable collection of truly memorable stories which I recommend without reservation … but with a suggestion that you should take your time when reading them!

Few writers in Australia are as prolific as Eugen Bacon, or as polymorphous. Although working chiefly in short form, she moves easily between non- and flash fiction, the poetic, experimental and the weird. Central to this endeavour is her identity as a writer of Africa and its diaspora.
The 17 short fictions here, some written with overseas collaborators, include the vibrant genre of Afrofuturism, but also realism. Some read like folktales, others glimpses of dystopia. She can write the miseries of life in unglamorous immigrant Paris, hexes in lockdown Melbourne, or a talking turtle with Idi Amin in the Bayou.
Boundaries dissolve here, as do the borders between literatures. No two stories here are the same, yet all are sensual and intense as a tropical garden, full of flowers and fruit.