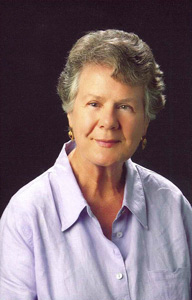 Geraldine Wooller was born in Perth and started travelling at the age of twenty, living in London for two years, then later in Rome also for two years, and later in Sydney.

In London she worked in the Earl’s Court Exhibition building’s cafeteria, in the industrial canteen, dishing Yorkshire Pudding and then Spotted Dick onto plates for the workers. Later she trained as a comptometer operator and earned her living thus for several years.

In Rome in the late 1960s she worked as a bilingual secretary for an executive in an American company, where she ran up and down stairs in between taking down letters in almost indecipherable shorthand.

In the 1970s she took out a degree in Italian and Linguistics from The University of Western Australia and subsequently completed a Diploma in Education.

Since then she has worked in a number of positions in Western Australian universities and as a teacher of European languages.

Still later she trained as a teacher of English as a Second Language and worked for some years as a teacher at Perth TAFE.

Trio is her fourth novel. Her second novel, The Seamstress, was shortlisted for the Barbara Jefferis Award, the Western Australian Premier’s Award and long listed for The International Dublin IMPAC Award.